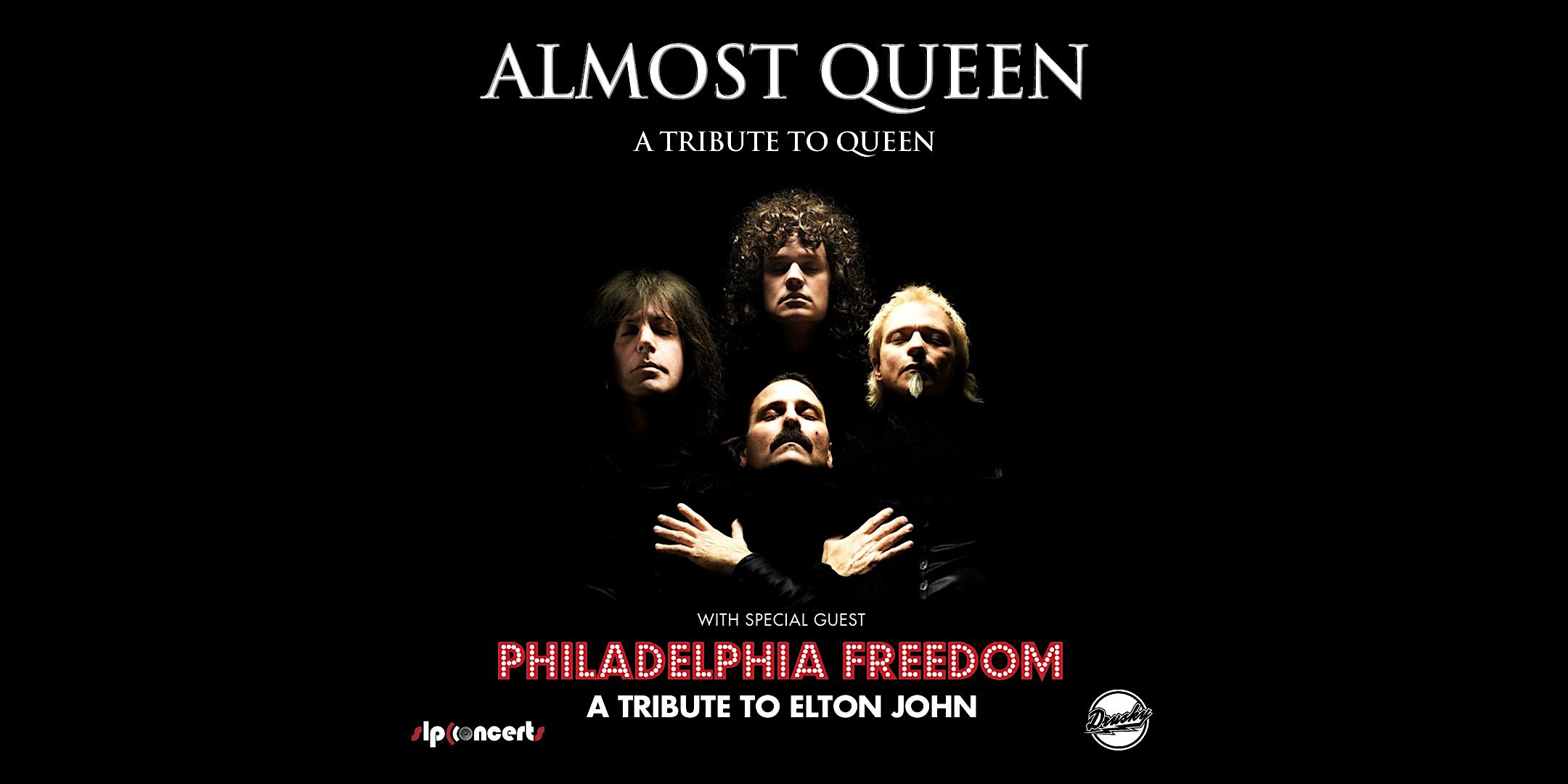 Almost Queen: A Tribute to QUEEN

Almost Queen: A Tribute to QUEEN

with Philadelphia Freedom - A Tribute to Elton John

"I am a very big Queen fan and Almost Queen does a great job of creating the illusion of actually seeing Queen live. We all miss Freddie Mercury, I feel the band pays tribute to him and Queen respectfully."

"These guys are even better than the Queen that's out there touring."

"Without a doubt, Almost Queen are probably the finest testimonial to Queen I have ever had the pleasure in seeing. If Freddie were alive today he'd queue for tickets!"

"Almost Queen proved that they are the best Queen tribute act around... Almost Queen captured the essence of Queen's classic songs both from a sonic and lyric standpoint. Their show was high-energy and fun, and they are worth checking out in a live setting."