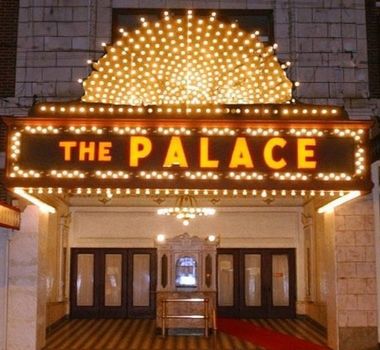 The Palace Theatre has been a major force in Westmoreland County’s cultural scene for generations. Opened September 2, 1926, as the Manos Theatre, The Palace Theatre today hosts the widest variety of live entertainment in the area in a beautifully renovated 1369-seat facility, located across from the county courthouse at 21 West Otterman Street in downtown Greensburg, PA.