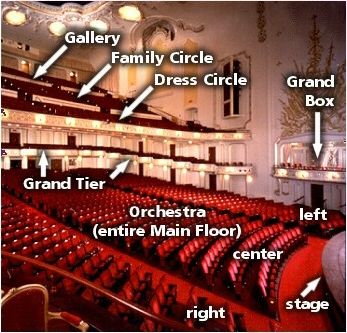 Heinz Hall for the Performing Arts, dedicated in 1971 and renovated in 1995, is the cornerstone of the Cultural District of Pittsburgh. This cultural-entertainment focal point of the Golden Triangle has helped spur the continuing economic and cultural revitalization of downtown Pittsburgh. With its international reputation for grandeur and excellence as a concert hall and showplace, the 2,661-seat Heinz Hall is home of the Pittsburgh Symphony Orchestra.

The structure evolved from its origin in 1927 as the Loew’s Penn Theater to its renovation and dedication as Heinz Hall for the Performing Arts in 1971–“a gift to the Pittsburgh Symphony Society from the Howard Heinz Endowment . . . to encourage, foster and perpetuate the performing arts in the Greater Pittsburgh area.”

Each year more than a half-million patrons attend symphony concerts and other attractions, ranging from Pops concerts to children’s concerts to national Broadway touring shows.