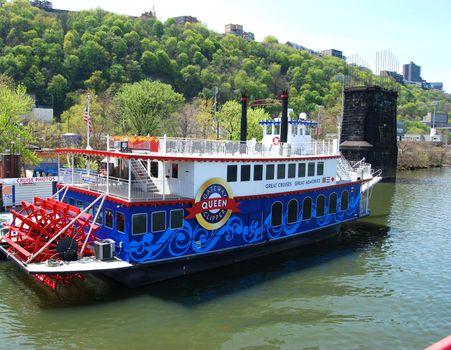 A symbol of Pittsburgh’s river renaissance, the Gateway Clipper Fleet has grown from a one boat, 100 passenger operation to the five boat, 2,500 passenger fleet of today. Sailing from the Southern Bank of the Monongahela River at Historic Station Square, the Gateway Clipper Fleet sails all year and offers a wide variety of dining, sightseeing, and entertainment cruises.

The clean, blue waters are framed by lush foliage and award-winning architecture that make our city one of the most scenic in the United States. However, for the first half of the 20th century, the three rivers were not a pretty sight. Pittsburgh, the “Steel City”, was known for producing tons of steel year after year. While Pittsburgh’s steel industry played a pivotal role in the development of the United States, it also played a role in pollutingour rivers. The once beautiful rivers were now filthy. Something had to be done to restore the three rivers to their natural beauty.