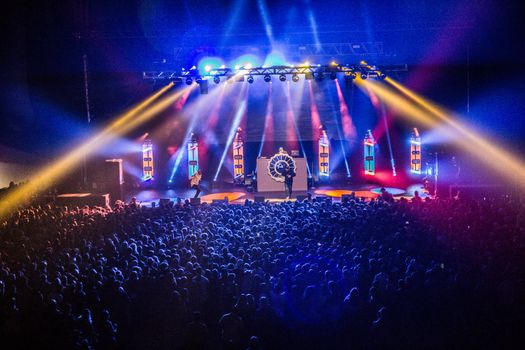 An ideal venue for concerts, family shows, sporting events, conferences, conventions, trade shows, corporate seminars and much more, the Kovalchick Complex is projected to have a $22 million economic impact on the region during construction and an annual economic impact of $12.5 million impact in each year of operation.

The complex is named in honor of the Kovalchick Family, of Indiana, PA, who donated $2 million for the facility’s construction.

Groundbreaking ceremonies for the Kovalchick Complex took place November 13, 2008, and included an announcement of a challenge grant for $1 million for the facility from Indiana University of Pennsylvania graduate Chad Hurley, co-founder of YouTube, in honor of Indiana University of Pennsylvania music professor and track and field coach Ed Fry. The arena portion of the Kovalchick Complex is named after Fry in honor of Hurley’s gift. The Ed Fry Arena will be home to the IUP Men’s and Women’s Basketball teams and the IUP Women’s Volleyball Team, a wide variety of concerts, family shows, trade shows, and much more.

The Kovalchick Complex officially opened its doors to the public on March 4th, 2011.