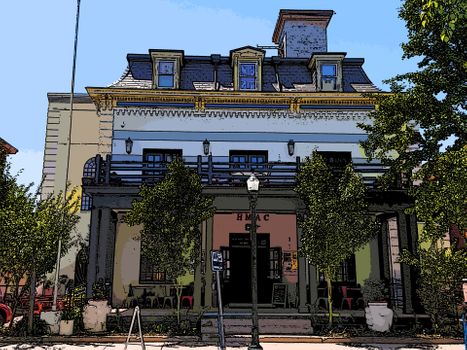 Located in the heart of Harrisburg’s historic Old Midtown district, The Harrisburg Midtown Arts Center (H·MAC) is a 34,000 sq. ft. multi–venue arts and entertainment complex. Listed on the National Register of Historic Buildings, H·MAC began life in the early 1900s as Harrisburg’s first Jewish Community Center, and also served as the city’s Police Athletic League building in the 1970s. The H·MAC project was begun in 2007, with the purchase and renovation of the long vacant structure. Guided by an overarching vision to reclaim and repurpose many of Harrisburg’s elegant historic structures, the H·MAC project has become one of the cornerstones of the revitalization of Midtown Harrisburg. The H·MAC building currently houses three venues, which provide patrons with a variety of options for dining, entertainment, and enjoyment of the arts.