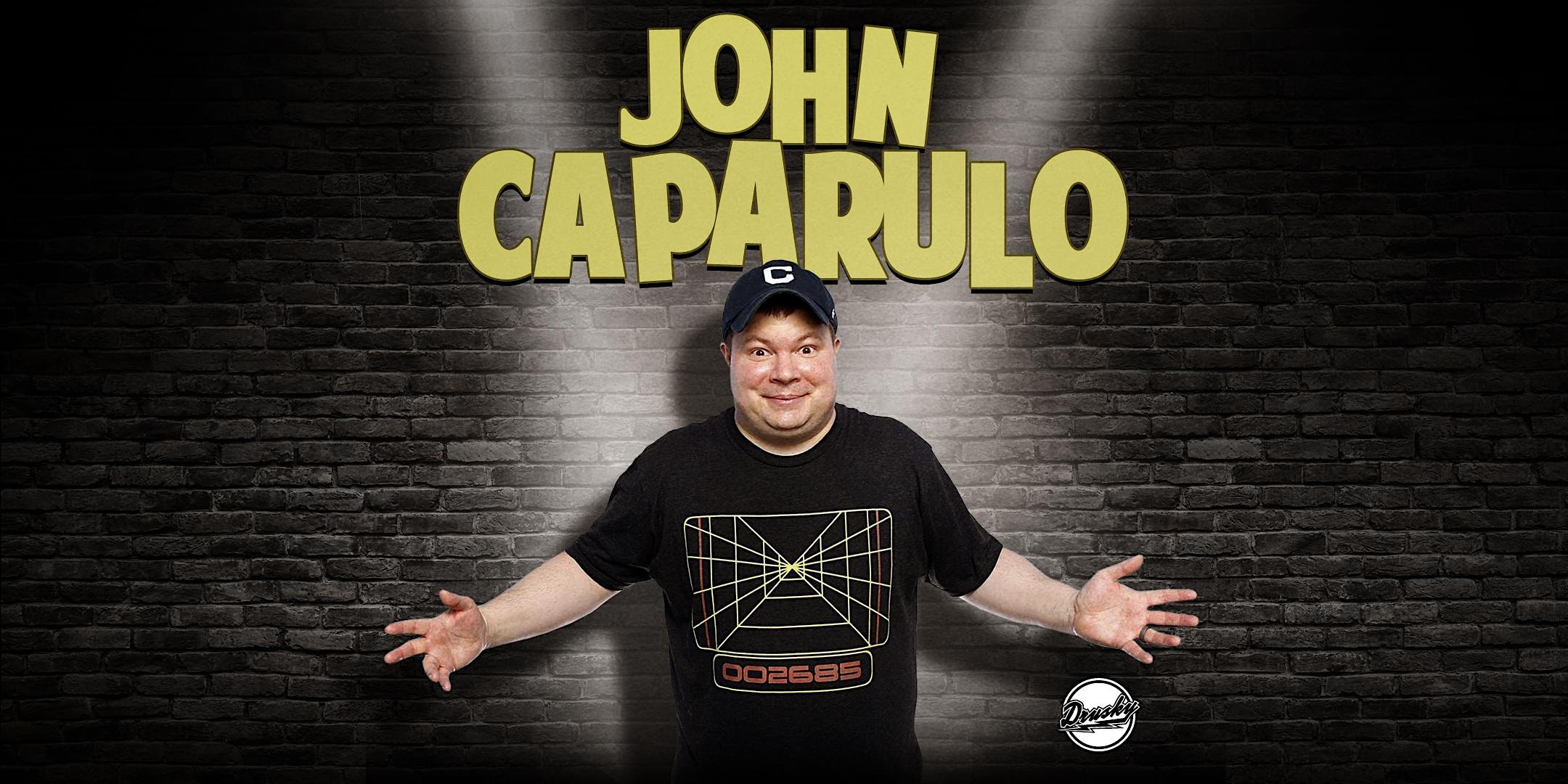 This is an All Ages Event

John Caparulo first appeared at the 2003 Just for Laughs festival in Montreal, where he was offered a sitcom and a spot on The Late Late Show with Craig Kilborn. He has since appeared on The Tonight Show, was featured on Blue Collar Comedy Tour: The Next Generation hosted by Bill Engvall, and was one of the comedians documented on Vince Vaughn's Wild West Comedy Tour. He hosted Mobile Home Disaster on CMT, and played the part of 'Brian' on the short-lived ABC sitcom Work It. He also has a comedy special that aired on Comedy Central on December 21, 2008 called John Caparulo: Meet Cap which was directed by Dave Higby. The special was released on CD on February 10, 2009 and on DVD on April 14, 2009. Caparulo intermittently hosts The Mad Cap Hour radio show with his wife Jamie Caparulo and comedian Mark Ellis on Sirius XM, toadhopnetwork.com, and iTunes

Caparulo regularly appeared on the E! show Chelsea Lately during its 7-year run. He voices the character Headphone Joe on Disney's Fish Hooks.

Caparulo released his second album titled Come Inside Me in August 2013 on Netflix. In February 2014, Cap began releasing Caplets, a brand-new set of comedy every 30 days that he shoots at the Comedy and Magic Club in Hermosa Beach, California and The Ice House in Pasadena, CA and distributes them on his website for free.

John is hitting the road in 2021 with his new comedy cartoon book in tow and an incredible new set of hilarious side-splitting comedy.